Home » What Does a Bobtail Truck in the Trucking Industry Mean?

In trucking, you may often hear the term bobtail or bobtailing.

This term is often used among drivers of tractor-trailers because it relates to a specific ability of their vehicles.

If you wonder what a bobtail truck is, I’ve got you covered. Below, I’ll explain what is the meaning of a bobtail truck, what are its dimensions, where this term came from, and what bobtailing is.

What does bobtail mean in trucking?

A bobtail is the part of the tractor-trailer that holds the engine, which also can roll with or without a trailer attached to it.

In this case, the process where a semi-truck is driving without a semi-trailer attached to it is called bobtailing.

A powerful engine of the bobtail can haul different cargo types.

There are also different semi-truck brands that manufacture these bobtail trucks.

Why is it called a bobtail truck?

A bobtail tractor is called a “bobtail” because of the semi tractor’s ability to detach the trailer.

The name for this bobtail phenomenon comes from the act of shortening the tail of cats and dogs.

After having shortened their tails, cats and dogs are called bobtail cats or bobtail dogs.

So, when a tractor-trailer is shortened by dropping off the trailer, it becomes a bobtail vehicle or a semi-truck.

The bobtail truck dimensions are:

The weight with two drivers and full fuel and DEF tanks is:

The weight of the bobtail truck depends on the size of the sleeper cab and its specs.

What makes bobtailing so dangerous?

While bobtailing, inexperienced truck drivers may have surprises.

As I mentioned earlier, a semi-truck driving without a trailer is called bobtailing. During bobtailing, the truck driver should be aware the majority of the truck’s weight is distributed on the front axles.

The thing is that a semi-truck without a trailer behaves slightly differently because the bobtail vehicle has most of its weight on the front wheels and less weight spread on its rear wheels. That makes the tractor unstable on the road.

In this case, you can’t slam on the brakes or do aggressive maneuvers. Hard braking or maneuvering when the roads are slippery can spin the tractor of control, causing accidents.

That is why a tractor with a trailer attached to it is safer on the road than the one bobtailing.

To prevent accidents, give bobtailing trucks more room than you would to tractors pulling trailers. That is especially important when the roads are wet.

Deadheading vs bobtailing: what is the difference?

Bobtailing is often confused with the term "deadheading". But these term means a different thing.

The difference from bobtailing is that deadheading is the situation when a tractor pules an empty trailer with no cargo to a destination.

Now you know what is the meaning of a bobtail truck and where does the term bobtail comes from.

You also know what is a bobtail trucks dimensions. And you know the danger of driving a bobtail tractor that many newbies might encounter.

For now, you know what is a bobtail truck. 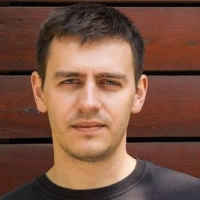